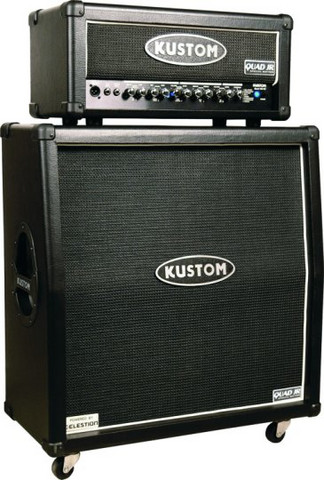 Unlike most 100-watt, solid-state amp stacks, the new QUAD JR. does not need a second speaker cabinet to deliver its full power potential. Instead, it delivers all of its 100 watts into one Celestion-loaded, 4-ohm 4x12 speaker cabinet. Tonally, its circuit has been modified to provide increased gain and tight low-end response. The result is a half-stack that excels at heavy music but still has the versatility to deliver warm clean sounds and crunchy, medium-gain tones as well